Scientists can tell how old a fish is by reading the growth rings on the fish scales, a lot like they do with tree rings. 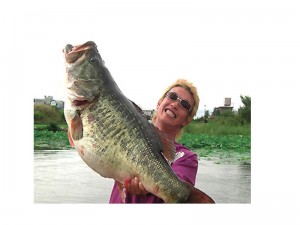