If the gremlin hat is missin’…I’ve gone fishin’.

Ernest Hemingway’s classic tale has been adapted a couple of times, including a TV mini-series, but its the 1958 film adaptation that is widely considered to be a classic. Spencer Tracy gives a towering performance as the old Cuban fisherman who, after being unable to catch anything for 84 days, finally hooks into a gigantic marlin that drags him further and further out to sea. As he battles the massive fish, the old man reminisces about his life, all while trying to land the marlin and fighting off aggressive sharks. 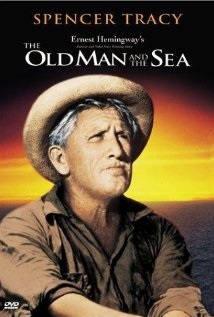